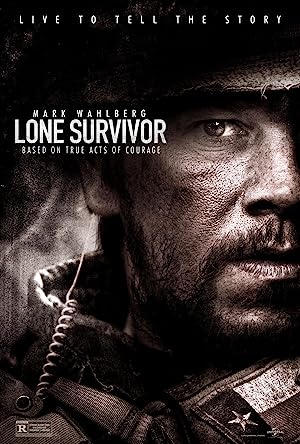 Plot: Marcus Luttrell and his team set out on a mission to capture or kill notorious Taliban leader Ahmad Shah, in late June 2005. Marcus and his team are left to fight for their lives in one of the most valiant efforts of modern warfare.

Lone Survivor was filmed digitally using the Red Epic camera at a resolution of 5K and was finished using a 2K Digital Intermediate (DI), which presumably formed the basis for this Ultra HD Blu-ray release....

Simon Crust reviews the audio on a standard 5.1 surround set up – If the picture had you wowed then the sound will leave you breathless! Totally uncompromising the sound design places you in the centre...

All extra features are housed on the standard Blu-ray included in the set and match those already available. Will of the Warrior – A 30 minute making of which concentrates on Marcus Luttrell’s early life,...

You can die for your country, I'm gonna live for mine. Marcus Luttrell cathartically exorcised his demons in his autobiographical story of the doomed Operation Redwings, in which he, and three of his Navy...

Lone Survivor is director Peter Berg’s retelling of Marcus Luttrell’s autobiographical novel of the same name about the doomed Operation Redwings, the lives it cost and the circumstances that lead to the...

According to the film's IMDB tech spec page, Lone Survivorquite a standard-bearer of the UHD format or a vast jump in quality over basic Blu-ray....

Unlike the UHD releases of Lucy and Oblivion, which featured Dolby Atmos soundtracks, Lone Survivor delivers a DTS:X soundtrack. This review is based on an 11.1 setup, adding four "height' channels to...