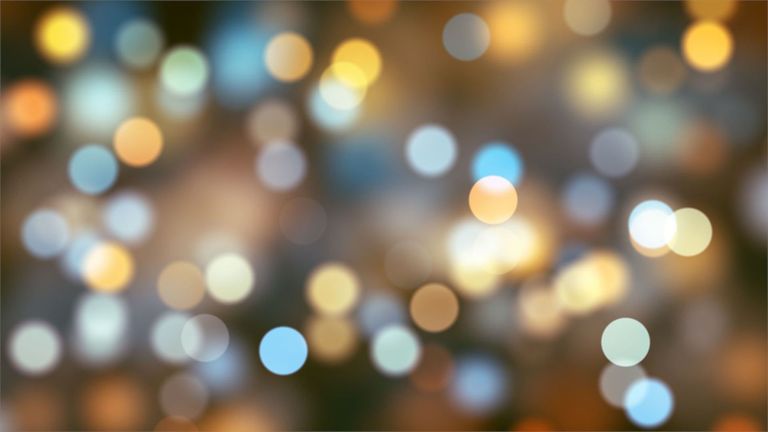 You’re an avid movie fan. And you just can’t wait to play Blade Runner, Inception, 2001: A Space Odyssey and many, many more outstanding and crisp 4K titles

But how are you going make your 4K UHD Blu Ray collection truly stand out?

How do you know which movies are true 4K and which are a 2K upscale?

And what about HDR? Dolby Vision??

We’re here to help you navigate these waters and learn everything - or close! - there is to know about what makes an outstanding 4K UHD Blu Ray stand apart from the rest of the pack

Then we’re going to go more specific and explain what HDR, Dolby Vision and Wide Color Gamut are

And for those of you who stick with us to the very end and want to get their hands dirty, we’re going to get into the nitty gritty of 10-bit color and 4:4:4 chroma sampling

Sound exciting? Are you ready to begin our journey?

Let us start our journey with the easiest and most widespread buzzword of our list: 4K

It is the resolution that your local movie theater uses in their projectors, and as far as digital goes it is considered the industry standard

You may be wondering:

This is the resolution of my TV, right?

And the answer is… no!

The resolution of your TV - and mine - is actually…

Whenever your TV, or Netflix, Amazon and a Blu Ray disc advertise themselves as 4K, they are actually Ultra HD

It’s just the format that home video ended up settling for. Still amazing resolution and still 4 times as detailed as HD!

Now that we got the easy part out of the way, let us get more specific and dive into what makes our 4K UHD Blu Rays as amazing as they are

True 4K is also referred to as Native 4K. In the case of a 4K UHD Blu Ray it tells us that the resolution of the source material used for our disc was actually 4K

Maybe the movie was shot with a digital 4K camera. Or maybe it’s a film shot on 35mm and the original film was scanned in 4K and then transferred to our disc

The results, like 2001: A Space Odyssey and Blade Runner: The Final Cut are stellar

What happens when the source is not 4K?

When the source used for our disc is not 4K then it was a 2K Digital Intermediate. That intermediate was then upscaled to 4K and transferred to disc

Upscale you say? Isn’t that what my player already does?

While it’s true that your 4K UHD Blu Ray player will upscale a 2K picture, the quality of the work carried out by the technicians who are doing the upscale for the release will far outweigh the performance that any player will ever be able to achieve

On top of that, a lot of other features affect picture quality just as much as resolution does

A 2K upscale is still going to benefit from fantastic improvements like HDR and Wide Color Gamut. So while the source resolution is not optimal, a disc like Sicario: Day of the Soldado and Ant-Man and the Wasp is going to look incredible

Let’s get ready to get a little more technical and have a look at those features - okay?

That means High Dynamic Range. HDR is a process that results in a higher contrast between the darkest blacks and the brightest whites of each image

4K UHD Blu Rays are all HDR mastered, as are many 4K releases by Netflix and Amazon

There are different kinds of HDR available, and our next sections will focus on the most popular three

HDR10 is the most common form of HDR and is what people really refer to - most of the time! - when they address High Dynamic Range

HDR10 is an open standard and you are going to find it on all 4K UHD Blu Rays, in many Netflix and Amazon releases and on the majority of 4K UHD TVs that are produced

What standards does a disc - or a TV - need to meet to qualify for HDR10?

You are probably wondering: what do all these mean?

Don’t worry! We cover all those in our sections below

In the meantime, let us take a look at two more HDR types - shall we?

What did they do?

Dolby added metadata about contrast in every frame and they called it dynamic metadata, as opposed to the static metadata of HDR10 which changes only scene by scene, not frame by frame

4K UHD Blu Rays that come with Dolby Vision include The Matrix, Star Wars: The Last Jedi and Transformers: The Last Knight

Newer TVs from LG, Panasonic and Sony also support the new format, although maybe not every TV will, as Dolby as decided to make the license for Dolby Vision expensive

And what about Samsung?

For that, let’s talk about the third most popular type of HDR

Samsung just had to do something different to stand out from the pack didn’t they?

Amazon has adopted HDR10+ and the first 4K UHD Blu Rays to sport the format are Bohemian Rhapsody, Alien and Bad Times at El Royal

Now that we have covered HDR - that was an adventure, wasn’t it? - let us take a look at a fundamental aspect that sets some 4K UHD Blu Rays on a whole different scale from others: color

Wide Color Gamut - also known as WCG - represents all colors you are able to see on 4K UHD and brings the number of colors from the 16.7 million of HD to over 1 billion colors

That is something, right?

On top of that it allows for deeper red, green and blue colors - the core colors knows as RGB - and richer secondary colors like magenta, cyan and yellow

And how do we get to see all those colors?

For that - we are gonna have to get a little more technical. Again. Just for awhile. Warning: Math is involved!

10 bit color is the range of possible color values per RGB subpixel in each pixel of a 4K UHD panel. There are three RGB sub-pixels per full pixel and each of these subpixels can be 8-bit or 10-bit. 8-bit pixel means 256 shades per color. Either Red, Green or Blue. 10-bit means 1024 shades per RGB color

Now for a little math:

That is what we get on our 8-bit HD panels

Which is what we said in our Wide Color Gamut section. Over 1 billion colors for our 4K Ultra HD pictures

Note: Wide Color Gamut and 10-bit color are sometimes bundled together and referred to as HDR Color

As opposed to its predecessor - which we all enjoyed watching in our beloved HD Blu Rays - H.265 is able to compress video down to a much smaller size. But not just that. H.265 also produces a better picture quality - at the same file size

Well, it turns out our human eye perceives changes in brightness a lot more than it does in color, therefore color is where some releases elect to cut corners when they feel like they want to save a little space

4:2:0 is the kind of subsampling we find on HD Blu Rays and all HD content. Also - again for bandwidth reasons - you are going to see it on all 4K HDR Releases by Amazon and Netflix

4:4:4 means no subsampling. Full original chroma. And that is the kind of sampling we find in our 4K UHD Blu Rays

And if I ask you how many shades of color there are in each subpixel of a 10-bit color range? Are you able to answer that??

Whether you remember everything or you don't, what matters is that I hope that from now on you are gonna have a better understanding and better tools to choose which 4K UHD Blu Rays are going to make it into your precious collection

And if you ever need a refresher before you make a purchase… Well you can always come here and refer to this guide can't you?