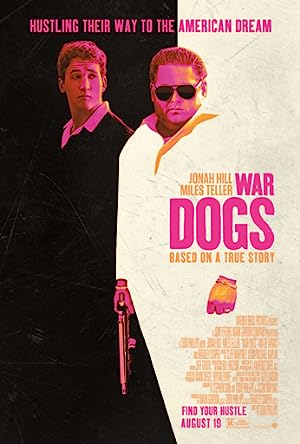 Plot: Loosely based on the true story of two young men, David Packouz and Efraim Diveroli, who won a three hundred million dollar contract from the Pentagon to arm America's allies in Afghanistan.

As previously noted, War Dogs was finished on a digital intermediate at 2K, so that its 4Ktreatment is the result of upconversion. Detail was very good on the Blu-ray, and it remains so onthe UHD release....

The 4K disc has no extras. A copy of the standard Blu-ray is included, which has the scant extrasdiscussed here....

Let Slip the Dogs of HDR!More than any of its 4K releases to date, War Dogs�suggests that Warner may finally be ready todeliver on its pledge to issue UHD versions of new films day-and-date with their...

War Dogs joins the growing collection of 4K discs that offer subtle improvements over their Blu-ray counterparts but are unlikely to win any converts to the format. Early 4K adopters will nodoubt welcome...